A legislative commission on Thursday approved several state programs it would like the Legislative Auditor to evaluate, including the health department’s Office of Health Facility Complaints and the Minnesota Guardian ad Litem program, both subjects of 5 EYEWITNESS NEWS Investigations in November.

The Office of the Legislative Auditor said its evaluation will look into management, governance, oversight and processes of specific program areas.”

Summary:  You’ve probably never heard of the Association of Family and Conciliation Courts, but its 5,000-plus members are lawyers, judges, and family court professionals who have enormous power in family legal disputes.  The group claims to be guided by “the best interest of the child,” but it is beyond dispute that it serves well the financial interests of its members, who are able to require the use of each other’s services and force parents to pay.  Members also make use of dubious psychological theories that can do injustice to parents as well as children. 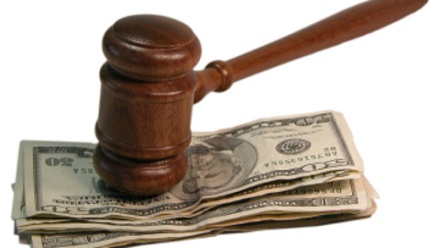 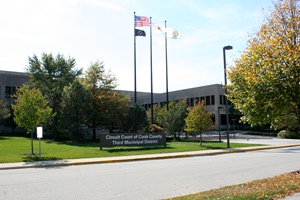 UPDATE:  Corrupt Child Representative Natalie Koga, along with Judge Alfred Levinson & lawyer Elliott Heidelberger all abruptly, simultaneously gave up their lucrative lawyer & judge posts in Chicago to avoid investigation. Meg Jackson, who Koga was caught maliciously conspiring with, changed her name to “Mary Elizabeth” & moved her law practice to Lake County, Illinois.  Koga found a County Social Worker/Guardian job in Arizona; though she’s no longer licensed to practice law, she still lists herself as an attorney in Chicago. Meanwhile, Cook County Chicago’s “Sex For Custody” lawyer David Pisulka, who controlled the lucrative secret list of Guardian ad Litems & Child Reps, has finally been arrested and stripped of his law license, after years of the IL ARDC ignoring grievances filed.

“Just hope Koga can find something else to do besides harming mothers and children.”

–A Chicago lawyer familiar with the case

Erasing Mom for Profit: Affidavit Filed  Letter from my former attorney Karen Conti to Natalie Koga, Child Representative, dated August 23, 2013. Confronts her with eye-witness to her collusion with my ex’s lawyer Meg Jackson (now going by “Mary-Elizabeth”), to have my ex’s hired gun Dr. Mark Goldstein write a false report about me.  Ms. Conti was my attorney before their legal/financial abuse ran me out of money to continue to afford legal representation.

Although I have just recently become involved in this case, I am concerned with some of your actions which I have witnessed and of which I have become aware.

First, at the last court appearance, my friend was sitting on a bench outside the courtroom and overheard you speaking to Meg Jackson (Father’s) attorney (now “Mary-Elizabeth Jackson).  You obviously did not know he was my friend.  You and Meg Jackson were actively engaged in joining forces against my client and making comments about getting Dr. Goldstein, (Father’s Hired Gun Psychologist)  involved to ‘help out’ the problem; the problem being Ms. Nadig-Mehdipour’s desire to be a mother to her child.  Your disparagement of me personally was also noted which is unprofessional and petty.

Despite the 604(b) evaluator’s two reports finding that (Father) is an alienator and that (Mother) should have sole custody, you have ignored these facts and blindly advocated that (minor child) spend as little time as possible with his mother.  At trial, you vigorously fought Dr. Finn’s recommendations.  Bizarrely, in court you advocated that (minor child) be put into “after school” care rather than be allowed to have the option to walk the four blocks to spend time with his mother.  Even after Judge Levinson ordered that (Minor Child) attend (High School), and (Father) attempted to sabotage his enrollment, you did not advocate for actions necessary for him to attend school there.  On August 22, (minor child) refused to leave the (public library) to come home with his Mother and said “Stay away from me.  You are not allowed to be with me.  I have spoken with my attorney.”  If you did, in fact, advise (Minor Child) of that, you have violated all ethical duties as a child representative and attorney.  Why haven’t you been involved in resolving this problem and encouraging your client that it is better to spend three hours after school at his mother’s house than sitting in a public library?

My client advises me of the following additional facts:

You have encouraged (Minor Child) to call you whenever he disagrees with what his mother says or when he does not get his way and then you refuse to communicate with Ms. Nadig-Mehdipour despite the fact that she is the legal custodian.  By doing this, you are encouraging disrespect of parental boundaries and assisting in the alienation that has already been established by Dr. Finn.  Ms. Nadig-Mehdipour has repeatedly asked for a more orderly means of communication but you have refused to respond.

Dr. Hummel noted that you crossed professional boundaries at (Hospital) interfering with (Minor Child’s) (medical) care.  In August, 2011, you engaged in wildly inappropriate physical contact with (Minor Child) by forcing him to hug you.

Since September, 2010, you have refused to communicate with Ms. Nadig-Mehdipour, who has historically been the primary caretaker and the sole legal custodian.  The vast majority of conferences and telephone calls with (minor child) have occurred only when he was with Mr. Mehdipour.

At Ms. Nadig’Mehdipour’s request, you interviewed Dr. Naila Wilcox-Avery, and Dr. Rodney Avery. who told you that they had concerns that (Father) was physically abusing (Minor Child) and coaching him to make false abuse allegations against Ms. Nadig-Mehdipour.  Those doctors have reported that your refused to listen to their concerns.

You have been disrespectful and rude to (Mother) in the presence of (Minor child) and have attempted to interfere with (Minor Child’s) medical treatment by telling him, “Your mom shouldn’t take you for these assessments.”  You told (Minor Child)  “I’ll yell at your mom and make her a better mom to you.“

You failed to communicate with therapist Stephanie Simpson for 11 months even though Ms. Simpson attempted to contact you repeatedly.  Rather than speaking to Ms. Simpson., you filed a Rule To Show Cause against Ms. Nadig-Mehdipour.

I have not seen you once make a negative comment about (Father) despite findings that he is abusive, an alienator, and a parent who sabotages his child’s education.  Strangely, you have nothing but negative things to say about Ms. Nadig-Mehdipour.  While I have not always agreed with GALS and Child Representatives, I have never seen one who is so actively opposed to one parent’s involvement in parenting, despite her having sole custody.

I am told that you are not being paid.  It defies logic that you are still so actively and aggressively involved despite this fact.  Please assure me as an officer of the Court that neither (Father) nor anyone else on his behalf is paying you.  Also, assure me that you are not going to use your offices to contact (Minor Child’s) high school and poison them against Ms. Nadig-Mehdipour.  I do not see that you have any reason to contact them.  You are not a parent and have no business asserting your will into this family’s issues.  Sincerely,  Karen Conti