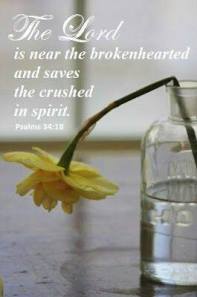 “On the night before my SAT, he subjected me to a paranoid hate-filled outburst that lasted until three a.m. Then he locked me out of my bedroom. I managed to stay focused and take the test, but that evening was a turning point. I had to break free and reconnect with my mother.   Escaping my father’s wrath and reconnecting with my mother launched me on a journey of independence and self-discovery that continues to this day.  Now, instead of living in a state of fear, I’m filled with renewed energy and motivation as I enjoy the freedom of prioritizing my own goals and dreams.”

“Filed in March 2017, new Federal Civil Rights lawsuit in Minnesota hopes to strike a dagger in the heart of corruption in family courts.  Annalise Rice, 19, currently a freshman at the University of North Dakota, recently filed that lawsuit against her father, Brent Rice, a financial advisor at Merrill Lynch, as well as Hennepin and Carver counties, a judge and several court professionals and social workers. All were involved in her family court case that, she argues, deprived her of her civil rights.” https://songsunsilenced.wordpress.com/2017/05/20/annalise-rice-19-describes-her-family-court-nightmare/

“I’m not allowed to eat at my father’s house.  His girlfriend is always drunk, they scream at me constantly and make me call my Mom by her last name.  The court won’t let me live with my Mom.  When I do get to see her, I hold onto her every second that I can.  If I can’t go back to my Mom I will kill myself.” Current child victim of Cook County Family Court Corruption, ongoing Maternal Deprivation & Corruption

“When my Mother tried to protect me from my father raping me, they called her a liar and made me live with my rapist.  I escaped to another state at the age of 16, in order to emancipate from his custody.  There was no other way.  Family Court just didn’t care.”

“Looking back, it was like my lawyer and therapist were trying to make me hate one of my parents so they could make money off of taking it into court all the time.  How can any kid stand a chance when adults who are in charge lie like that?”

“….I cleaned out my e-mail.  I came across the emails my dad sent to me after I moved out.  The ones I was made to send to my lawyer.  It reminded me of why I wanted to leave so bad in the first place….No child should be made to feel like they have to choose sides.  They deserve to live free.  Free of the conflict.  Free of the court system.  Free to be kids.  But I will not be put in the middle of conflict again.  I won’t be made to choose who to love.  Life is too short to be angry.  It’s also too short to be sad….All I want is to be happy…”

“They robbed nine years of my life – Happy families make no money for them.”

“I found out that the lawyer the court assigned to represent me just manipulated me. I was just a kid.  She pretended to care but she didn’t.  Same thing with the therapist and doctor she made me see.  All that really mattered was making money, keeping it going.  None of them cared about me, all the suffering they caused me.”

“It was like my mother did not exist.  My father brainwashed me to believe that the only parent figure or family members that mattered was him.  He often told me that if I didn’t do what I was told no-one would want me.  My father also routinely threatened to kill himself.  I was trapped in this delusional world he created.”

“How could a kid survive when all the attorneys and therapists wanted was more and more litigation?  One trial would finish and the next thing you know they would let my dad file more custody papers and then tell me what I had to say.  The stress was horrible.  No kid should be put in that position.”

“I learned to hide my father’s abuse because if I told, my Mom was the one the court punished.  And kept me away from her.”

“Mom would cheer me for writing hate letters at dad. So it became mom and ten kids

against dad. Dad doesn’t like conflict so he backed away. I remember a few visits to his house and returning home and we would make fun of anything he did. I learned real quick if I showed interest in dad, I was a fool. I married and had kids and took our kids to see their grandpa and mom gave me the silent treatment. I also married into 4 step kids that started hating us. At that time, I think only my older sister had relationship with our dad. I stuck on moms side. To this day 8 out of us 10 kids have no relationship with dad. I figured it out watching our own step kids start to hate us. It took about ten years of part time studying pa to be sure I was right. My mother was committed to making us hate dad. But I broke free.”

“They (court-ordered attorneys & therapists) pretended to care but I was just a paycheck for them.” 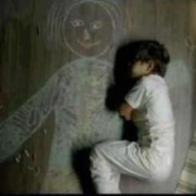 “My dad carried a notebook with him at all times.  He kept me backed up against a corner while he forced me to come up with bad things to write about my mother.  Everything was twisted around.  The only way he would leave alone was if I gave him bad stuff to write about her.  I hated it but he was so scary when he screamed at me and chased me around for hours, wouldn’t let me sleep.  Sometimes he knocked me around if I wouldn’t go along with it.  Most of the time he was able to do it without leaving marks.  But one time he injured me to the point my Mother found out and when she took me to the Doctor he was calling me constantly to make sure I kept quiet. “

“They ambushed my dad.”

“My father quickly gathered his allies in casting my mother out.  I wasn’t supposed to love her anymore.  I wasn’t allowed to.  But I discovered that my mother was very honest and not at all as my father had painted her. Since then, she and I have developed a relationship. However, I still feel a deep loss from not having had time with my mother growing up. The worst part are the deep scars left in my family. It would take a long time to explain those.  My father will still go into her ranting about how horrible my mother is. He and I have slowly come to an understanding that I don’t want to hear these negative stories anymore…it has has life-long effects. It tore my family apart and caused irreparable damages to the children involved.”

“For my dad, school was all about winning him custody.  He forced me to throw away my homework when I was with mom so he could look like the only responsible one.  School was his sick web.  School was no fun anymore.”

“I felt guilty for hurting my mom the way my dad told me to, but I did it anyway.  It was easier to go along with it because every time I saw or talked to her, he would keep me awake until 3 am with his “talks”, even on school nights.  I was exhausted and my grades suffered.  You learn to just go along with hoping to make it stop.  If you just agree about how horrible the other parent is, you might get some relief.”

” The words… they sound like something I would say, but it doesn’t sound like me and I don’t remember saying them. It almost sounds like another person. I don’t know if it’s because of what I was going through, whether my voice has changed, or if I’ve somehow disassociated from the person I was. “

“The lawyer was supposed to protect my interests.  That was a lie. She sided with my dad because he made more money and got rid of my mom just when I needed her most.  I had to grow up without my mom just so a lawyer could get rich.”

“I didn’t know who I was anymore.  With so many adults saying bad things all the time, how did I know what was really real?   Every time life settled down again,  I was dragged to my lawyer’s and therapist’s office and I was pressured to lie.  All of these people who were in charge were just in it for themselves.  They don’t care who they hurt.”

“My father never really loved me or wanted me (thought he pretended really well) it was about making sure my mother couldn’t have me anymore. I was just a tool to punish her.”

3 thoughts on “Stolen Children Speak Out”